Ephesians 2:21-22
21 in whom the whole structure, being joined together, grows into a holy temple in the Lord.

22 In him you also are being built together into a dwelling place for God by the Spirit. 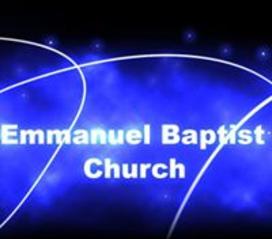 Bill Davis and his lovely wife Gladys were called to pastor Emmanuel on January 5, 1958.  He pastored at Emmanuel until August 14, 1988.  During his pastorate, the first parsonage was built and the ground breaking for the main autitorium.  Emmanuel was greatly blessed by the Lord during the faithful thirty-one years of pastoring by Bro. Bill Davis.

Bro. Boyd Whitehead and his lovely wife Bonnie were called to begin their ministry at Emmanuel in November, 1988.  During their faithful years of ministry to Emmanuel, our Lord continues to bless Emmanuel with the starting of ministries that has helped us grow abundantly.  Bro. Boyd and Bonnie work hard with children and adults in the community.

Emmanuel voted to establish the Spanish mission, which met at Emmanuel before moving to the former Central Baptist Church at 403 East Liveoak.  Romero Campos was the pastor.  Since the, it has become Primera Iglesia Bautista with Alex Casias serving as pastor.

In August of 2016 Bro. Brent Logan and his wife Jennifer joined Emmanuel as our Minister of Music.  He would later become the Associate Pastor and in July of 2019 Bro. Brent began his ministry here a Pastor.

If you are in search of a growing, caring and loving church for your you and your family, we would love to have you come visit.